10:00 a.m. – 3:00 p.m. – Registration Open for ALL Riders and their Trainer/Coach, Horse Show Office
(Trainers MUST be present and sign the release for riders to get their back number)

12:00 p.m. – Educational Presentations Begin at Learning Lounge in this order:

The CPI Scholarship and Educational Fund will be awarding the CPI Overall High Point Rider Scholarship Award at the completion of the horse show.

We request that all riders please stay till the END of the horse show so they can participate in the awards ceremony for the Presentation of the CPI Overall High Point Rider Scholarship Award.

Riders who are eligible to earn this scholarship award must be present to win this award. 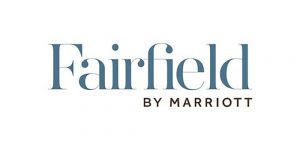 Rider and Rider’s Trainer Registration Procedure
All CPI riders and their trainer or coach are to register at the CPI Registration Desk upon arrival. Riders will receive their back number and each rider, and their corresponding trainer (coach), will both have a wristband placed on their wrist that must be worn to gain entry into the mounting area and show rings.  In addition, the trainer (coach) must sign a trainer waiver/release form. Without a signed trainer release form, back number and wrist bands will not be distributed.  Riders and trainers must pick up their wrist bands in person.

CPI Hire-a-Coach
The CPI Horse Show requires participants be coached by a trainer during the horse show competition. If a student’s trainer is not available to coach the participant, the CPI provides experienced coaching services for a fee of $80 per participant. Each participant will be coached in the flat class and the over fences class by a CPI trainer. All CPI Hire-a-Coach fees are NON REFUNDABLE

Chris Mitchell joined Randolph College in July of 2012 after a very successful 13-year tenure at Cornell University in Ithaca, N.Y. Since taking over at Randolph he has had three riders qualify for IHSA Nationals and in 2014 coached one National Champion.

In his 13 years at Cornell, he led many riders to regional and zone championships. His teams claimed 27 collegiate horse show team crowns, including four Ivy League titles. Mitchell led his team to a brand new level during the fall of 2011, guiding the group to six invitational titles in eight competitions, already matching a school record for victories in a season (six show titles in 2003-04). Mitchell’s teams won a pair of shows (Skidmore, Hartwick) en route to a regional reserve champion showing in 2009-10. His 2010-11 team won its first-ever regular season regional championship after claiming four team blue ribbons during the season.

Mitchell had previously been an instructor and trainer at the Sleepy Hollow Country Club in Scarborough, N.Y., and was the barn manager and trainer for Lion Hill Farm in Easton, Conn., from 1996-98. During that time, he also served as an equestrian instructor for Sacred Heart University and was an assistant coach and instructor at Pace University. He coached one of his riders to a national championship in walk-trot equitation at the Intercollegiate Horse Show Association competition and had other riders place among the top 10 nationally in the novice flat, novice fences, intermediate fences and open levels.

CPI Florida Rider Resume
One of the primary goals of the CPI Horse Show is to promote high school student riders. To this effort, working with graphic artists that believe in the CPI mission, the CPI is offering riders entered to participate in the CPI Florida Horse Show the option to purchase a full page Resume Ad for $25.00 to appear in the full color CPI Florida Event Magazine, allowing them the opportunity to further promote their accomplishments in print.

After surveying the coaches, CPI has found that online resumes are not useful and that they refer to the printed resumes as a resource during the CPI events. For that reason, and for the security of the riders, CPI has eliminated online resumes.

The deadline for this offer is February 28, 2019. Please click here to reserve your page in the CPI Florida Event Magazine.